4 Most Shocking Paintings for Your Home

Artists have a bad rap when it comes to mental stability, but is it warranted? From the following examples, you might think so. Here are four of the most shocking paintings by famous painters. 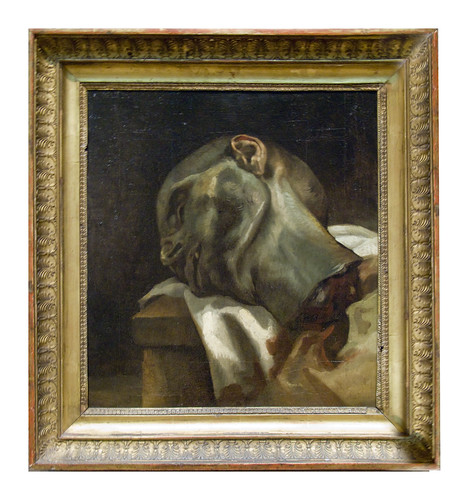 The dead eyes and blood stains in this painting are sure to turn your stomach or at least raise an eyebrow. Gericault was a romantic artist, so plenty of his paintings feature beautiful and wild landscapes as well as noble characters and themes.

When he needed to brush up on his skill before tackling a bigger project, however, he brought his paints to the morgue. So "Heads Severed" isn't even a statement or anything, it was simply practice. Which might make it even stranger.

Hopefully an evening among art and artists at Park West Galleries can help explain the eccentricities of painters and their obsession with Saturn eating his children, because we surely don't get it.

Many classical artists have painted the scene, but the details of Goya's painting make it all the more horrific—the son's arm and head have already been ripped off, and you can see how Saturn's fingers dig into the body's back, drawing blood. The crazed look as he prepares to finish off the last of his son's arm completes the gory image.

The biggest surprise? This piece was not made for the public. It was one of three pieces Goya painted for his home. How's that for a cozy home atmosphere?

One of the most well-known works of the 20th century, "Guernica" is nonetheless a strange and shocking painting when you know the story behind it. Picasso created the mural about the bombing of the city of Guernica during the Spanish Civil War.

Through the grayscale chaos, you can see the abstract image of a woman crying over her dead baby, a man trampled underneath the crowd, and a man with arms reaching to heaven to save him. At the top, a light bulb that looks like an eye gazes down at the events in shock as though even God can't understand such horrors in the world.

While not a window into the inner mind of the artist like others on this list, the painting is a shocking representation of the bombing.

4. "The Ghost of a Flea" by William Blake 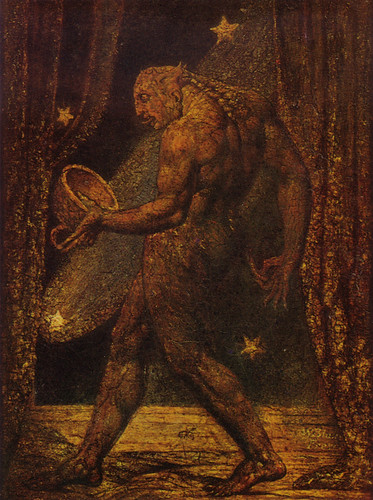 With his protruding spine and Lord of the Rings' orc-like face, the "ghost" apparently came to Blake in his sleep. Blake reported to a friend that a flea told him in a dream that the souls of bloodthirsty men inhabit a flea's body, relishing the way they suck human blood.

That's why the painting has the ghost carrying a bowl of blood as he walks along to his next victim. However Blake came up with the image of a flea's ghost, the story of bloodthirsty men haunting them while hunting after you is terrifying.

Do you agree with our list? What weird or shocking paintings did we miss?